When it comes to implementing mobile apps for your business, sometimes it just ‘worx’ to do it yourself. This was the case for Hydro Tasmania’s device-agnostic asset-management application, deployed independently with minimal user training. It allows them to inspect assets offline, attach photos and videos and see work orders by geographic location.

Who is Hydro Tasmania?

Two years later, SAP Work Manager required an upgrade, costing the business a further eight weeks of investment in two full-time consultants and two employees. The business also opted for another four weeks of consulting to improve sync speed. Hydro Tasmania had around 20 regular users who were getting significant value from the app on a daily basis and another 100 infrequent users that were getting limited benefit from the app.

In 2018, Hydro Tasmania reviewed the market for a new mobile asset-management application that connects harmoniously with its SAP ERP back-end and fits existing and required data structures. As a confident SAP house, it wanted to implement and maintain the new solution with internal resources and minimal vendor support.

Hydro Tasmania required new functionality including GIS Maps and add components as well as improved functionality for work orders, notifications and attaching documents and videos. They also wanted to increase the regular user base from 20 to about 50, which includes generation technicians, supervisors and administrators.

BlueWorx (previously known as MyPM) is Zag’s easy-to-use, comprehensive and affordable solution for mobilising SAP plant maintenance that works where users are.

Hydro Tasmania opted to install and configure BlueWorx themselves with minor assistance from Zag. This involved two days of initial consulting to familiarise themselves with the product and ongoing ad-hoc support from the Zag product development team when required.

“The BlueWorx team at Zag were readily available to provide support and guidance throughout our BlueWorx implementation. They understood what we wanted to achieve and helped us to make the right moves towards a swift, successful outcome.” – Anthony Pierotti, SAP Functional Analyst

The implementation took 60 days end-to-end using functional, development, basis and security personnel part time with involvement from business users. BlueWorx was rolled out to 49 users tasked with inspecting and maintaining hydropower assets across 2000 locations. Despite the larger scale, there was only one performance-related bug after the first month of use.

Vance Chinnery, IP and S – (Acting) Corporate Solutions Manager/ SAP Solution Architect said “BlueWorx was fast and easy to deploy with the initial setup taking our people only 30 days. The implementation costs were minimal too, despite us deploying the solution to a larger user base.”

“As you’re completely within the ABAP environment coding ABAP or JavaScript – everything is visible with no black boxes,” adds Matt Harding, SAP Technical Advisor and Developer.

Tactical scheduling on the fly

Hydro Tasmania was the first to implement both BlueWorx and Crew, a new optional component of BlueWorx that allows supervisors to schedule and monitor work orders, and their staff, on the fly.

With BlueWorx Crew, supervisors easily view tasks assigned to their team and can allocate, reallocate and manage them directly, in near real-time, via the console. Planners can juggle field workers’ schedules efficiently according to changes in priorities and resources.

Making the most of its SAP investment and internal talent

For Hydro Tasmania, “the low implementation cost, streamlined deployment and swift user uptake were driven by BlueWorx being a great match for the business’ existing skills, technology and data,” said Pierotti, as evidenced below.

“The team find the interface simple to navigate and very easy to use. They like using BlueWorx, which makes support of the software a breeze.” - Anthony Pierotti, SAP Functional Analyst

‘Worx’ now and in the future

BlueWorx Crew fits Hydro Tasmania’s requirements as it has the right balance between extensive functionality and simplicity of configuration and use. It has many features to streamline the support of a larger user base and has a rapid development cycle. 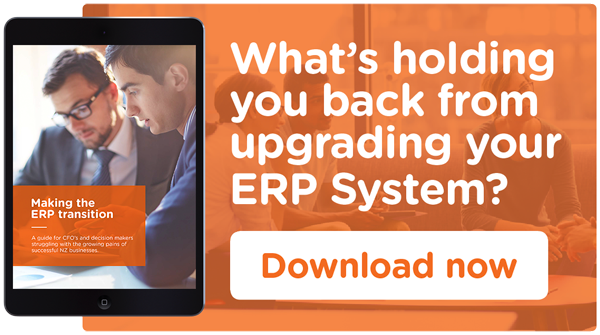