A deep-sea rescue diver turned Data Scientist and Psychologist, real world examples of AI in use, and finance teams given Olympic treatment were all part of the 2018 Finance, Innovation and Tech Fest event in Sydney. Soltius Pre-Sales Architect Sandra Kirsch tells us more.

Tell us about Dr Kostman's talk on Applied AI

Dr Kostman gave a talk about Preparing for the Near Future of Artificial Intelligence. He's a Data Scientist, Mathematician and Psychologist with two PhD's and is considered one of the world's leading data strategists and an expert in Applied Artificial Intelligence and Cognitive Computing. What's surprising is that before he achieved all this, he served as a paramedic, police officer, deep-sea rescue diver and as a Team Leader of an elite Scout / Sniper Reconnaissance Team with the US Army Special Forces.

What I particularly enjoyed about his talk was that he delivered the content in layman's terms and provided inspirational stories which he then related back to more realistic examples. He explained that normally, you give computers data and a formula and the computer then spits out the answer. However, with AI using Reinforcement Learning, you provide the question and the answer and leave the computer to figure out the rules.

JT Kostman gave an interesting example of Reinforcement Learning in practice. Google owned company DeepMind trained an AI computer to play the ancient strategy game Go, only providing it random moves and letting the AI develop strategies itself. After 40 days and 300 million games (that it played against itself), AlphaGo Zero could beat the world best at the game - another AI called AlphaGo Master. That sounded great, but the exciting part was that this type of AI learning meant it learned faster, and even discovered new plays that thousands of years of human gaming hadn't come up with. JT said that scientists are hoping to use this tech to help with scientific breakthroughs that would normally take years of painstaking research.

Another, more business-oriented example Dr Kostman gave was about JP Morgan Chase, one of the largest banking institutions in the US. The bank used AI to save 360,000 hours of manual finance work, often performed by lawyers and loan officers who are not only expensive resources but could add a lot more value to the organisation if they were freed up.

Unfortunately, these examples make the advantages of using AI appear well out of reach of most Australasian businesses. JT Kostman challenged this perception by pointing out that there are many manual tasks that can be automated right now, and that can be done relatively inexpensively. The opportunity for businesses is to work with knowledgeable partners to identify those areas of automation and to free up valuable resource thereby saving the organisation and its clients' money.


This blog is part one of a series based on Sandra Kirsch's learning taken from the Finance, Innovation and Tech Fest 2018 event in Sydney. 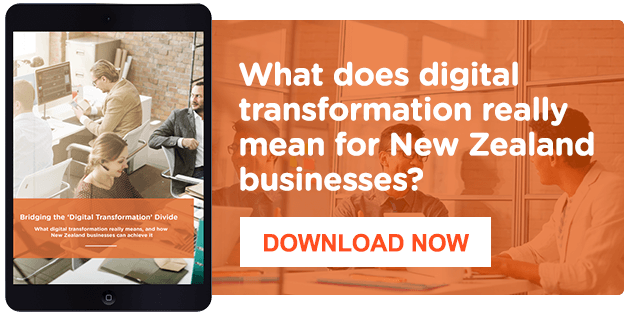